FROM THE PRESIDENT'S DESK - Keenan Winery skip to Main Content

The ‘Pioneers’ of the Napa Valley are generally accepted to be the mostly Italian immigrants who came to the valley in latter part of the 19th century. One of these families, the Conradis, settled on our property around 1890. They planted mostly Zinfandel with a smattering of Alicante and Carignane and built the winery that we still use today.

I can hardly imagine what it must have been like to head down to town on a horse drawn wagon, on a dirt road, in the rain, with no cell phone to text on or to call for help when the wagon went off the road! First time visitors today often arrive in the tasting room with a slightly drawn complexion from their first experience of Spring Mountain Road.

Now I know I’m no ‘Pioneer’, I’ve never spent any quality time in a covered wagon, but during the harvest of 2014 it did dawn on me that we are indeed doing things on our land that no one else has ever done before. We are the first family to grow Bordeaux red varietals and Chardonnay on this piece of land. 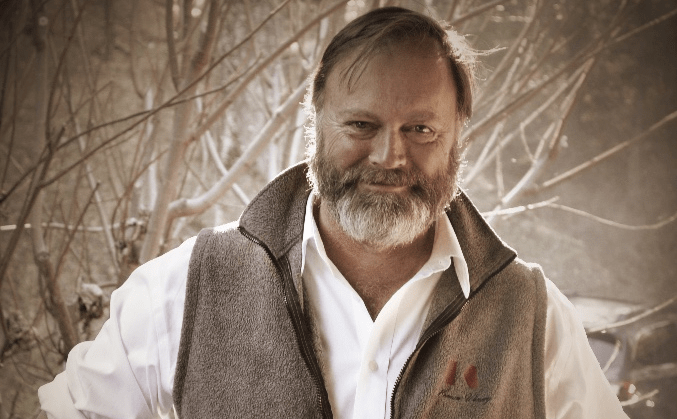 I get asked quite often how many years can we expect to get out of a healthy vineyard. After 40+ years we still do not have enough feedback to answer this question. I can only hope we can enjoy the quality of fruit that we have the pleasure of using now for a long, long time, because as a ‘Pioneer’, I can only look forward, not back!

With winter and spring almost behind us the vineyards are now thriving with lush canopies and plentiful clusters. Things look wonderful today, but November through May kept us on a rollercoaster ride of feast or famine with temperatures and rainfall.

November presented normal fall temperatures and above average rainfall. We tallied over seven and a half inches of precipitation by the end of November; a welcome occurrence after the Napa and Sonoma fires in early October. It appeared we might be in for another round of record breaking rainfall, similar to the ‘16/’17 season. The weather changed in December, though. An unusually strong high pressure system set in and temperatures were quite mild for the beginning of winter. In addition, rainstorms were blocked and a meager quarter inch of rain was the total for the month. January remained warm at first, but mid-month brought very cold weather with frosty mornings and icy nighttime temperatures. Rain came back beginning in early January and kept things wet for most of the month.

February warmed back up and we broke 80 degrees on multiple days. It was the second week of the month and the days felt more like May than February. Our citrus trees loved it! We also noticed that the buds on a few of the Chardonnay and Carignan vines were already starting to open. Our vineyard crews got to work pruning and slowed down the vines just in time for a late February cold snap that put frost back on the ground and ice on the vines.

Rainfall in February was minimal, but after a hot start to the beginning of the month a dusting of snow blew through on the 27th. Snow flurries and heavy rain kicked off March and it felt like winter finally decided to show up. Cold weather and much needed rainfall kept coming through most of the month and our reservoir finally filled.

A few good rain storms in April kept our soils moist, but between the rain, days were warm. May returned to cooler days and was a gloomy month. Overcast mornings didn’t burn off until late afternoon and spots of drizzle came and went. This season’s rainfall totaled 32 inches. Average rainfall for Spring Mountain is over 50 inches. The frosty nights and late season rains were well timed though, and the vines appear to be enjoying the recent string of warm days. We’ll see what happens next… 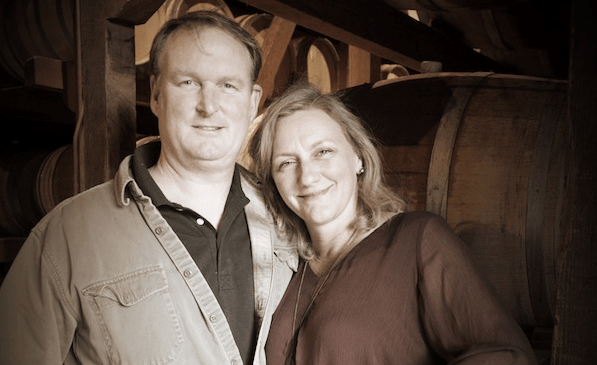 The 2014 Keenan Merlot is composed of eighty one percent Keenan Estate Merlot. Nineteen percent of the wine is Merlot fruit harvested from the Napa Carneros region. After hand harvesting, the grapes were de-stemmed, then inoculated with Montrachet yeast. Fermentation ranged from ten to fourteen days.
The ’14 Merlot has been aged in thirty-three percent new French and American oak barrels for eighteen months. The resulting wine shows intense aromas of black cherry, blackberry, and cassis. Complex nuances of cocoa and coffee bean emerge as the wine opens up. This is a “big” Merlot that will age for many years to come.

Get the '14 Keenan Merlot

“Keenan’s 2014 Merlot is a very pretty wine that shows the more translucent side of Merlot. Lifted, bright and articulate, the 2014 offers lovely finesse in its red-toned fruit and floral aromatics.”

“The 2014 Cabernet Sauvignon Reserve Spring Mountain (97% Cabernet Sauvignon and 3% Cabernet Franc, all sourced from their high-elevation vineyards on Spring Mountain) is the deepest, richest wine of the entire portfolio, with an opaque purple color and a super-pure nose of crème de cassis and blueberries. The wine is rich, full-bodied, nicely textured, and very long in the finish, with ripe tannins. It can be drunk now or cellared for another 15 or more years.”

Keenan’s 2016 Chardonnay was hand harvested, de-stemmed, then gently pressed. The juice was fermented and aged in French and American oak barrels. The wine was left on the lees and the barrels were stirred weekly. No secondary, or malolactic fermentation was carried out, leading to the crisp, citrus character of this wine. The wine was bottled after approximately seven months of aging in the cellar.
The finished wine shows citrus, ripe pear and green apple in the nose. Hints of lush white peach are noticed as the wine opens up. The sur-lie aging has added richness and complexity, and a touch of toasty oak returns on the finish. Like all of Keenan’s wines, this Chardonnay is a food worthy wine whose crisp acidity and medium body will accompany a wide variety of cuisine.

2014 marks the 38th vintage for the Robert Keenan Winery and the 14th consecutive vintage of Reserve Cabernet Sauvignon. This year’s blend consists of 78% Cabernet Sauvignon Clone 15, and 19% Clone 7, both clones from our “Big K” vineyard, and 3% Cabernet Franc from our “Upper Bowl” vineyard. Deep aromatics, piercing and precise, a full rich saturated mouth feel, and a long lasting multi-layered finish define this exemplary blend. The 2014 Reserve Cabernet, comprised of fruit from 17 year old vines, is showing new subtle layers of flavors that we saw even during fermentation. Enjoy now or decades from now.

The 2014 Cabernet Sauvignon is composed primarily of grapes grown on Keenan’s Spring Mountain District Estate; the remainder of the fruit was harvested from Pope Valley, a grape growing region located in the eastern portion of Napa.
The blend was assembled just before bottling. The Estate grown Cabernet imparts amazing concentration and remarkable structure, while the portion of Cabernet harvested from Pope Valley adds complex aromas and a balanced mid-palate.

This wine was produced exclusively from grapes grown on the Keenan Estate located in Napa Valley’s Spring Mountain District. Our two blocks of Cabernet Franc were harvested on September 13th and October 2nd, 2014. The fruit was hand-picked then, after de-stemming, the must was inoculated with Montrachet yeast and fermented in stainless steel tanks. The wine aged in French and American oak barrels for twenty months. “Freakishly good” is how we have come to describe this single vineyard Cabernet Franc from our highest elevation vineyard (app rox. 2000′) aptly named the “Upper Bowl”. Cabernet Franc is simply not supposed to be this delicious. Enjoy now or decades from now.

REMINDER: THIS SATURDAY IS THE SUMMER OPEN HOUSE
SATURDAY, JUNE 16th
11 AM – 3 PM

Taste current releases as well as library wines, and even sample some of our young wines still aging in oak barrels. Appetizers will be served to compliment our award-winning wines.

Please note: due to overwhelming demand, this event is fully booked. If you have your tickets reserved, we’ll see you there. If not, we hope you’ll visit us on another day for a tasting and we’ll look forward to seeing you at the Open House next year.

Why Napa Valley Is The Best Place For Bordeaux Wine

“Napa has achieved protected name status in the EU. Rightly so – its latest Bordeaux…

The 1993 Cabernet Sauvignon begins a new era for Keenan as this is the first vintage with winemaker Nils Venge actively involved in the wine making process. Nils has aided Keenan in softening the big tannins of our mountain grown Cabernet, while retaining our rich character and full body. Our 1993 vintage shows deep raspberry fruit, layered with hints of mint, spice and tobacco; subtle oak flavors make the wine complete. The ‘93 Cabernet’s luscious berry fruit and solid tannin structure make this wine very enjoyable now, while still retaining the
ability to age well.

Our Hillside Estate Cabernet Sauvignon expresses the concentrated flavors and bouquet that are characteristic of our Spring Mountain vineyards. The wine had a minimal amount of “time on the skins”; Keenan has no problem with extraction from the intense mountain fruit. This Cabernet was aged in French oak barrels for 20 months providing a sweet oak background that integrates well with the ripe fruit characters. The wine was bottle aged for an additional 30months, creating an exquisite balance of tannin and body.. Keenan considers this wine to be a fine accompaniment to rich, full flavored meals. The 1993 Cabernet Sauvignon was made to stand up to the boldest grilled meat entrés, but also has the complexity and spicy character to nicely compliment lighter, well seasoned food.