Check out this 2,500 gallon bad boy. Laura’s son Terry, who is pictured here, brought it up like the awesome hero he is, to keep us safe(r). Learn moer in our Winery Napa Fire journals. 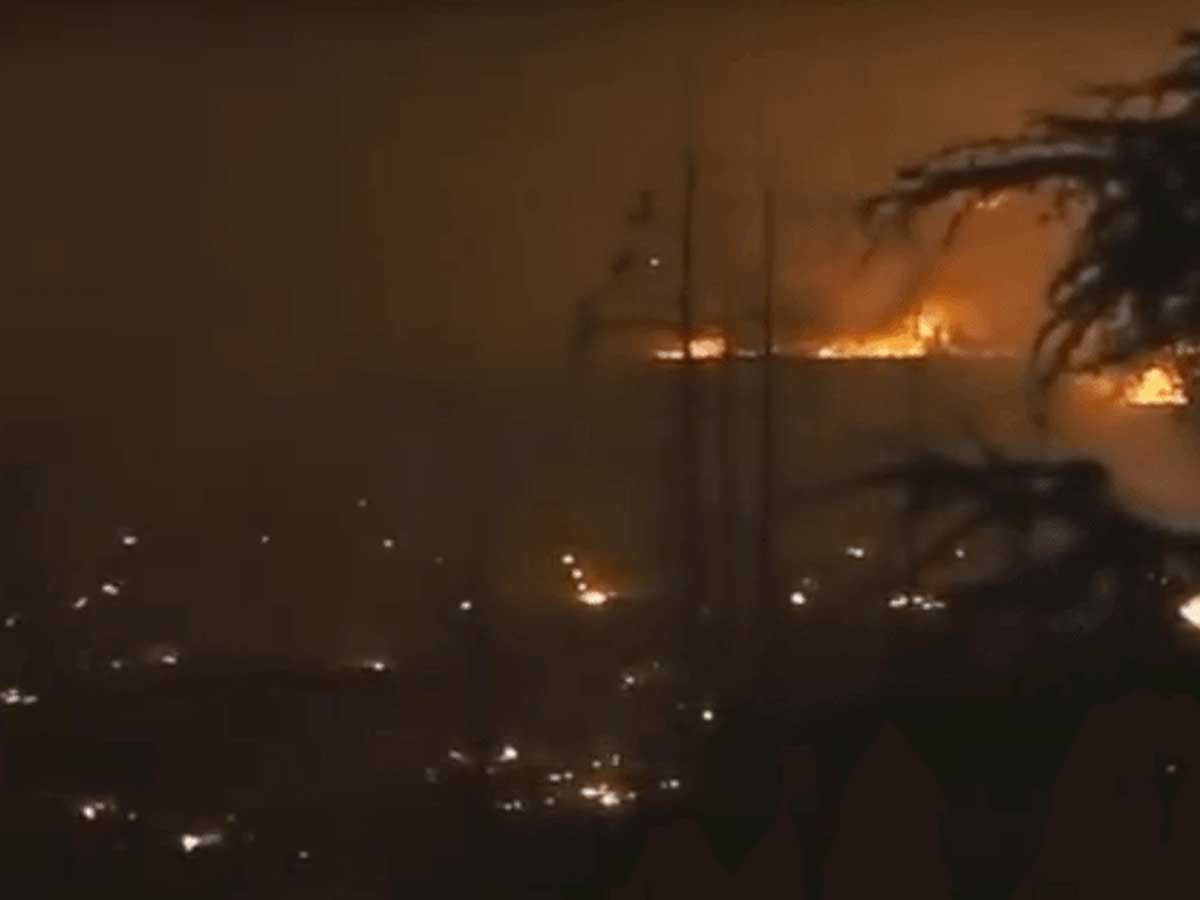 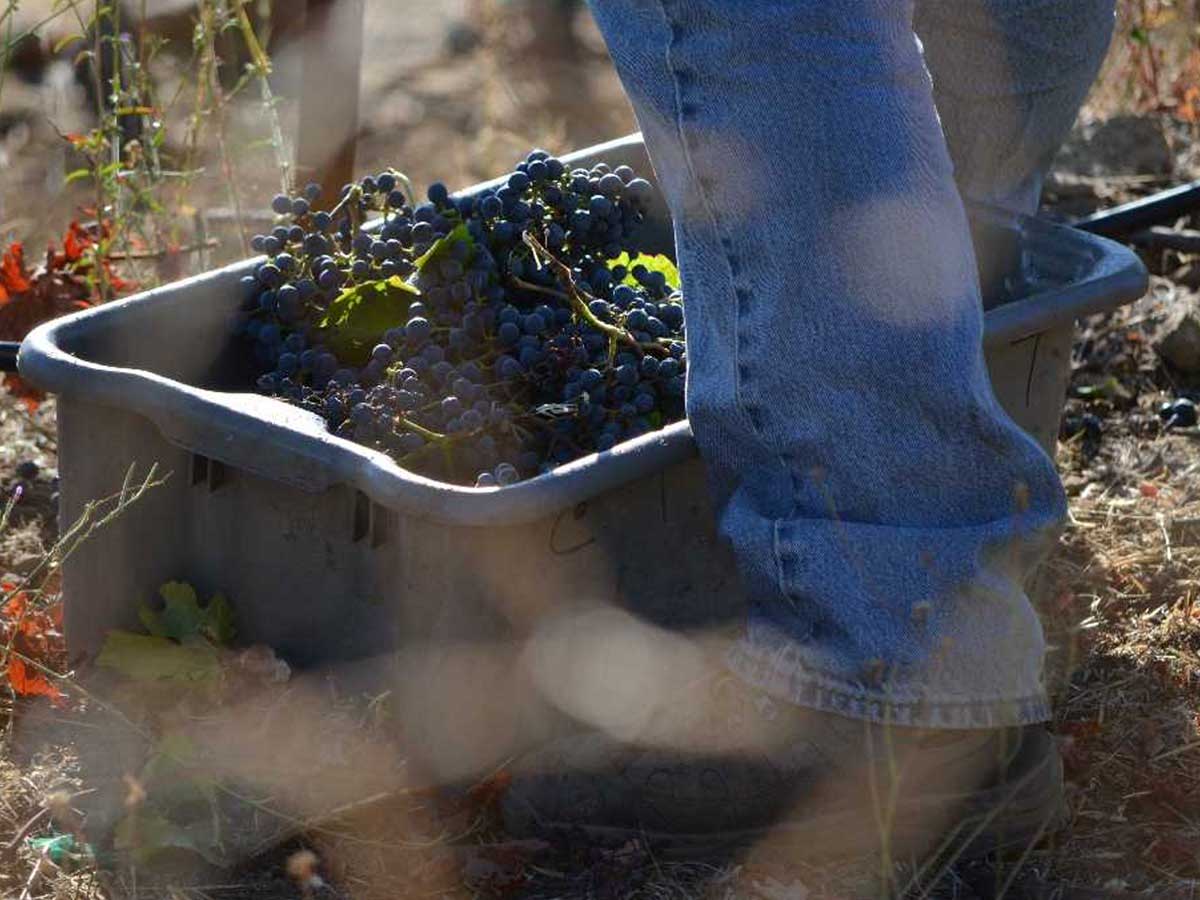 First, we want to thank everyone who has been contacting us with words of support and concern about the fires ravishing our region. Please know that we, including the winery and all our staff, are presently safe and doing well. Many of our neighbors and friends throughout Napa, Sonoma and Santa Rosa have suffered terrible losses and our hearts are with them. Parts of our beautiful Napa Valley and some surrounding regions may be under fire, but our community is standing strong and we will get through this together.

Your kind words on Facebook, Yelp!, Trip Advisor and Twitter lift our spirits every day and we remain ever grateful for your posts. This is the best way to stay in touch, because (as you might imagine) we are being inundated with calls at the winery and we’re quite busy with this challenge right now.

Below is a brief update about our Team and operations, the status of the fires today, a daily fire journal (winery napa fire journals) as well as resources where you can help if so inclined. Thank you again for your care and outpouring of love.

The Entire Keenan Team and Our Families

UPDATE ON HOW WE’RE DOING

TEAM
We are so grateful that all our team, including Michael, Jennifer, Matt, Laura, Art, Reilly, Elizabeth, Riccardo and Maddy–and our families–are all safe and doing well.

OPERATIONS
We are proceeding with normal operations as much as we can. Earlier in the week we were doing pump-overs, then we completed our final day of harvest; we’ve even had some visitors in the tasting room.

FIRE
This morning, Cal Fire reported the Atlas Fire had burned 43,762 acres. It is 3% contained.

The Tubbs Fire, extending from Calistoga and into Santa Rosa, has burned 27,363 acres. It is 10% contained.

The Nuns Fire, extending from Sonoma County into Napa County, merged with the Norrborn Fire. They have burned 14,698 acres and are 3% contained. 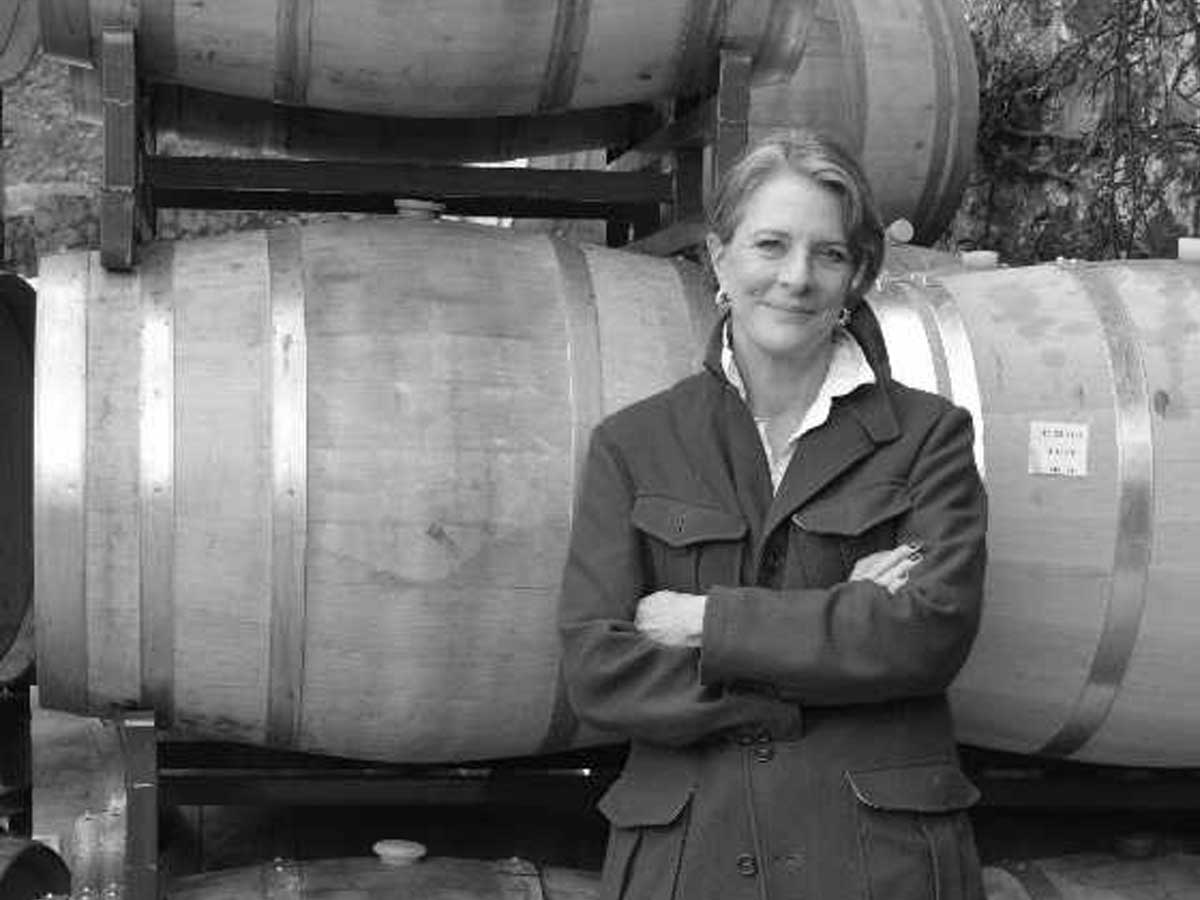 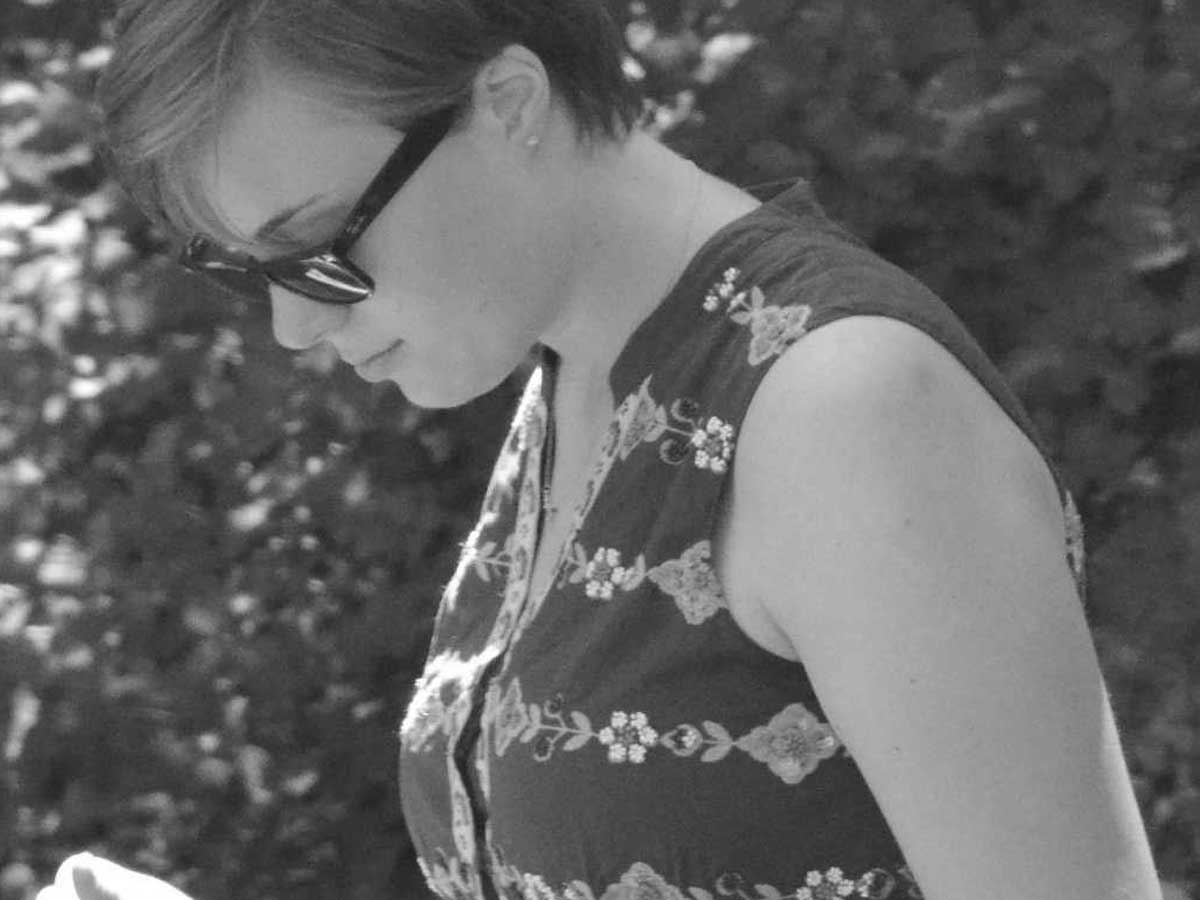 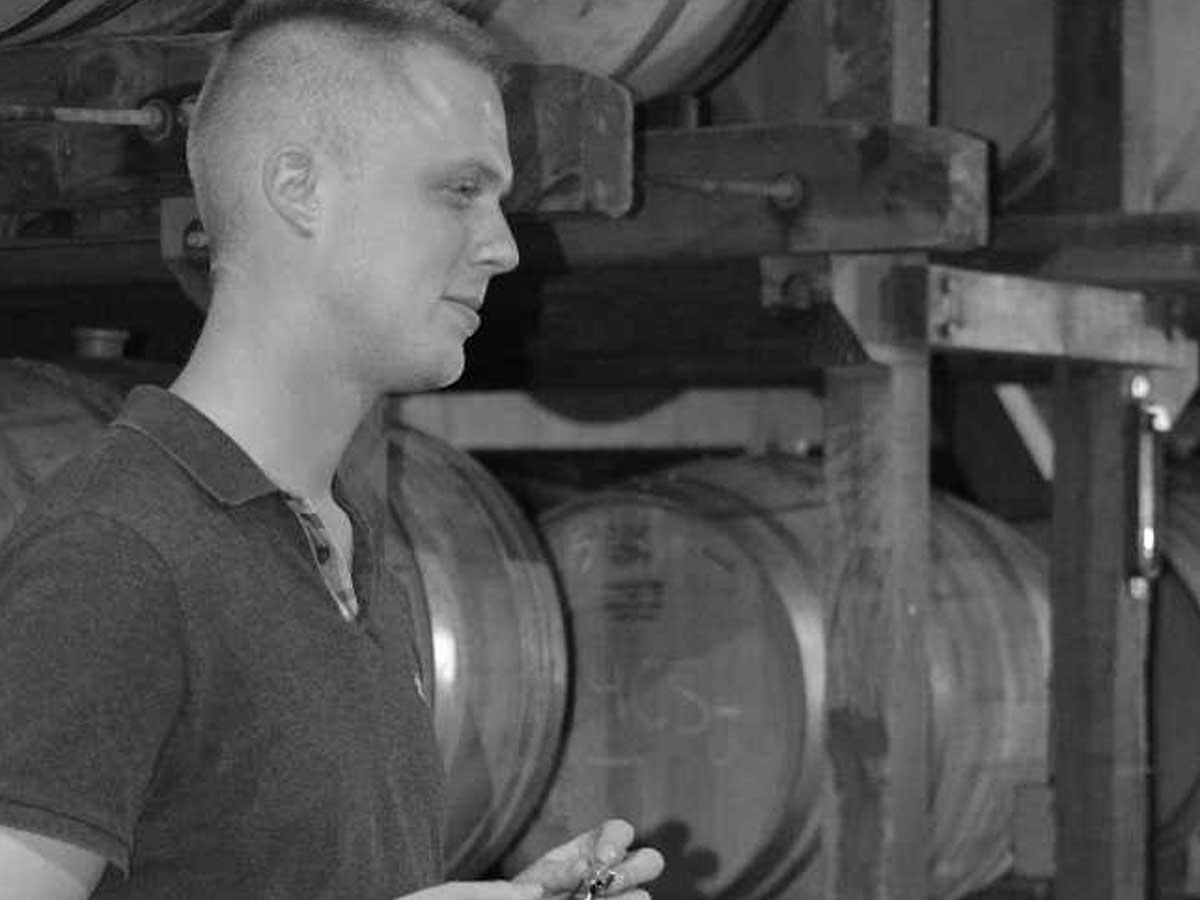 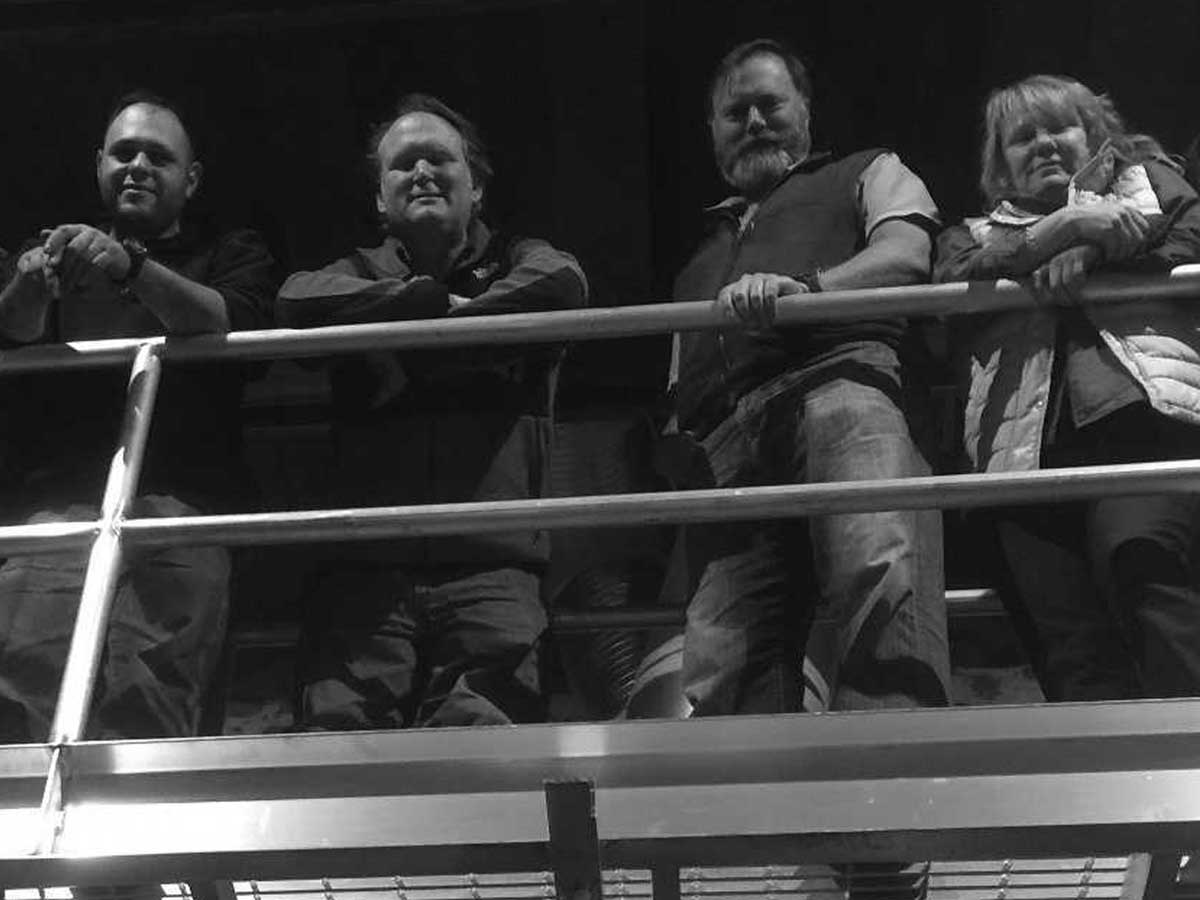 Keenan Winery Facebook, October 9th, 2017
As I’m sure many of you heard, last night fires broke out in multiple places throughout Napa, Calistoga, Sonoma & Santa Rosa and Governor Jerry Brown has declared a state of emergency in the area. At the winery, all is well, though there are distant fires in all directions of the compass. Matt, Laura and Reilly and Art are all ok. Right now they are at the winery, which is in a safe pocket. Michael, Jennifer and Maddy Keenan are safe and not up at the Winery at this time. There is no internet and very poor cell reception, with the only power being provided by a generator. The land line is working. Elizabeth had to evacuate east Santa Rosa last night so she and Ricardo are not up at the winery. We believe they are in a safe place. Presently in St. Helena there is no electricity, so there is no way to pump gas and some people are stranded there. Many throughout the region have already evacuated.

All in all, the winery is a tad isolated and we are a bit apprehensive, but at least for the moment everything is functioning and we’re working in the cellar. Our heart goes out to our friends and neighbors as we come together in solidarity through this difficult time. Please feel free to leave related News updates, comments, and words of support, which I’m sure the team up on the mountain will very much appreciate when they have an opportunity to see them.

Michael Keenan, October 9th, 2017
So far so good. Its actually a strangely peaceful cool day on the mountain with decent air quality for now. No internet and no cell, land line still working. Doin pumpovers with less distractions than usual except for the underlying worrying.

Keenan Winery Facebook, October 10th, 2017
Matt, who is up at the winery, reports that things are still okay, though there is more smoke today. Tomorrow, the team will finish picking for the season. This morning Matt and family are “harvesting” their pigs, which the kids have been raising. Trying to stay upbeat in the face of these devastating fires, he says, “Maybe the smoke will help cure the bacon…” ? As Michael says, ‘If you have to be stuck somewhere, better to be at the winery, powered by solar, with a generator, lots of water and, of course, wine.’ What better way to calm the nerves, eh? Thank you, everyone, for the outpouring of love and support. The feeling is mutual. We LOVE hearing from you and will respond if/when we can. Sending out the best thoughts for our friends, neighbors and community as we face this challenge together.

Jennifer Walker Keenan, October 10th, 2017
Michael (my heart) Keenan is on his way back up to the most dedicated family team at the Keenan Winery, to help in any way, as the winds shift to the east. This has been so sad and scary. Praying that Michael Keenan, Matt & Shari, Laura, Art, Elizabeth, and Riccardo….. we will be here for many years

Michael Keenan, October 10th, 2017
We have power, internet and cell service all back. We are harvesting our last block of Cabernet Sauvignon this morning and will pick our last vineyard block tomorrow, the Upper Cab Franc.

Michael Keenan, October 11th, 2017 11:05 a.m.
Up at the winery now and the air quality isnt that bad. The valley is horrible. You can see blue sky and we will have visitors again today. Harvest is wrapping as our last block of cab franc is just hitting the crush pad. What a wacky way to end 2017 harvest.

Facebook, October 11th, 2017
Update from Michael: We’re feeling safe(r). We’re still hangin in there. Brought the last estate fruit, the upper Cab Franc. We even had some visitors, a family from Texas. We felt a little isolated though. Joe called around lunch and said they weren’t letting him go up Spring Mtn rd. It was open later. Air quality was so so but a ton better than the valley. Tonight’s NE winds should clean out the air and keep the fires away. So we feel pretty good, especially after Terry showed up with that truck. Check out this 2,500 gallon bad boy that can knock a buzzard off a sh** wagon from a mile away! Terry has a fire radio as well. Laura is lovin’ that boy!

Michael Keenan, October 12th, 2017
Things look pretty this morning on the mountain. Air quality is better than the bay area ironically. Tubbs fire is now 10% contained and hasn’t gotten any closer for a while, big relief. Yesterday was very tense especially after the map site that had the best maps went down and then our UPS driver called from the bottom of Spring Mountain Rd and said the Sheriff was closing it, not a great feeling! It opened up later and, after a night where the predicted winds did not show up, we are feeling good! 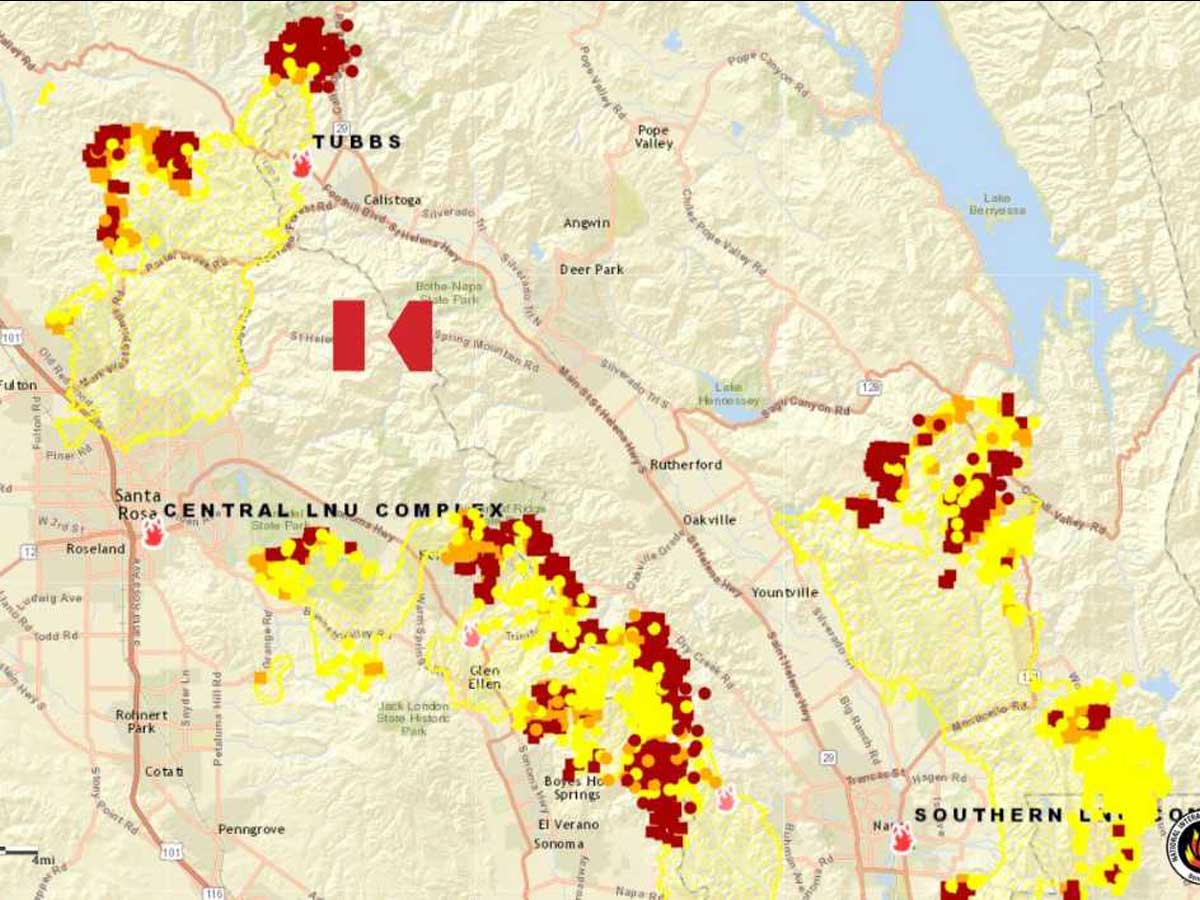 It’s difficult getting information about what’s going on with the fires. Here’s one good live Napa-Sonoma-Santa Rosa fire map  put out by the National Wildfire Coordination Group.

Airbnb has launched its Open Homes program for those seeking shelter free-of-charge at a residence outside of but near the affected area, i.e.: in case you or a friend own a home that could help.

If you live anywhere near the fires that are decimating the North Bay Area counties, please be aware that wild animals are fleeing the fires and they may show up in your yards. The Forestry Department is urging you to bring your domestic animals in at night and let the wild ones pass through. Please put out buckets of water for them – they are scared, exhausted, and have also lost their homes – they need to refuel.

Donate to the Red Cross directly! They are helping distribute disaster relief aid. In addition to online donations, you can also call 1-800 RED CROSS or text REDCROSS to 90999 to make a $10 donation. Donate:

GoFundMe has verified this donation page, created by winery owner Jake Kloberdanz, for general fire relief. There are also dozens of donation pages set up for individual people and families affected by the fire. All donations under the “California Fire Relief” section are backed by GoFundMe’s guarantee policy.